Ritter named Educator of the Year

Educator of the Year

The CPS Foundation Educator of the Year Award was created to recognize CPS teachers for their dedication, knowledge, and skill in the classroom; their ability to gain the respect and admiration of students, parents and colleagues; the active and useful roles they play within the school and their community; and their talent for inspiring students of all backgrounds and abilities to learn. Nominations for Educator of the Year are accepted from CPS staff, administrators, parents, students, school-supporting organizations, and the general public. The Educator of the Year receives a $1,000 cash prize sponsored by Columbus United Federal Credit Union. The recipient is also be recognized in local publications and are featured on the CPS Wall of Fame. The Educator of the Year will also go on to apply for the Nebraska Teacher of the Year Award, given by the Nebraska Department of Education.

Fredrick Ritter, vocal music instructor at Columbus High School, was recently named the 2015 Columbus Public Schools Foundation Educator of the Year. This award recognizes The CPS Foundation Educator of the Year Award was created to recognize CPS teachers for their dedication, knowledge, and skill in the classroom; their ability to gain the respect and admiration of students, parents and colleagues; the active and useful roles they play within the school and their community; and their talent for inspiring students of all backgrounds and abilities to learn. The award was given to Fred at the CPS Employee Recognition Banquet on May 1. Ritter received an engraved clock from the Columbus Public Schools Foundation and a $1,000 cash prize, sponsored by the Columbus United Federal Credit Union. He will also be featured on the CPS Wall of Fame in the district administration building.

Mr. Peabody, CHS instrumental music instructor expressed. “The aspect I admire most about Mr. Ritter’s teaching has been his constant thirst for knowledge. This is a man who has been one of the most successful choir director’s in Nebraska, yet he still is constantly striving to learn more and be more effective as a teacher.”

Ritter has been working for CPS since 1989, where he began teaching Show Choir, but then switching his emphasis to Vocal Jazz in 1994. In doing this Fred took on a daring challenge, as Vocal Jazz was almost non-existent in music education in Nebraska. With the hard work and dedication Ritter had initiated through the Nebraska Choral Directors Association, a vocal jazz festival at Columbus High. This festival has served to begin similar programs for the past 10 years across the state. Fred has also increased the participation at CHS. When Ritter started he had 70-80 students involved in vocal music. It is currently holding steady at around 300. Not only does he teach vocal music, but also Ritter has been teaching guitar lessons to approximately 90-100 students each year.

“Being recognized for your efforts by those you work with on a daily basis is special. I know the quality of the staff at CHS and many of the other schools in the district and I feel humbled to be recognized in such a way. Columbus High School has been my home away from home for the past 26 years. I will always cherish my time spent at CHS and all those I’ve worked with”

Ritter has a bachelor’s degree in Music Education, from Doan College and master’s degree in curriculum with emphasis in Music from the University of Nebraska Lincoln. Mr. Ritter will be retiring this spring, but will be staying active as President elect, President, and Past President of the Nebraska Music Education Association for the next 4 ½ years. As a member of this board Ritter will be working closely with state, regional, and national music education issues.

A nomination in Ritter’s name read “He does everything in the right way, with love in his heart and the best interest of others in the forefront of his mind. He will be greatly missed.”

Kimberly Ek, teacher of alternative education at CHS was awarded the 2015 Educator of the Year Runner-up. 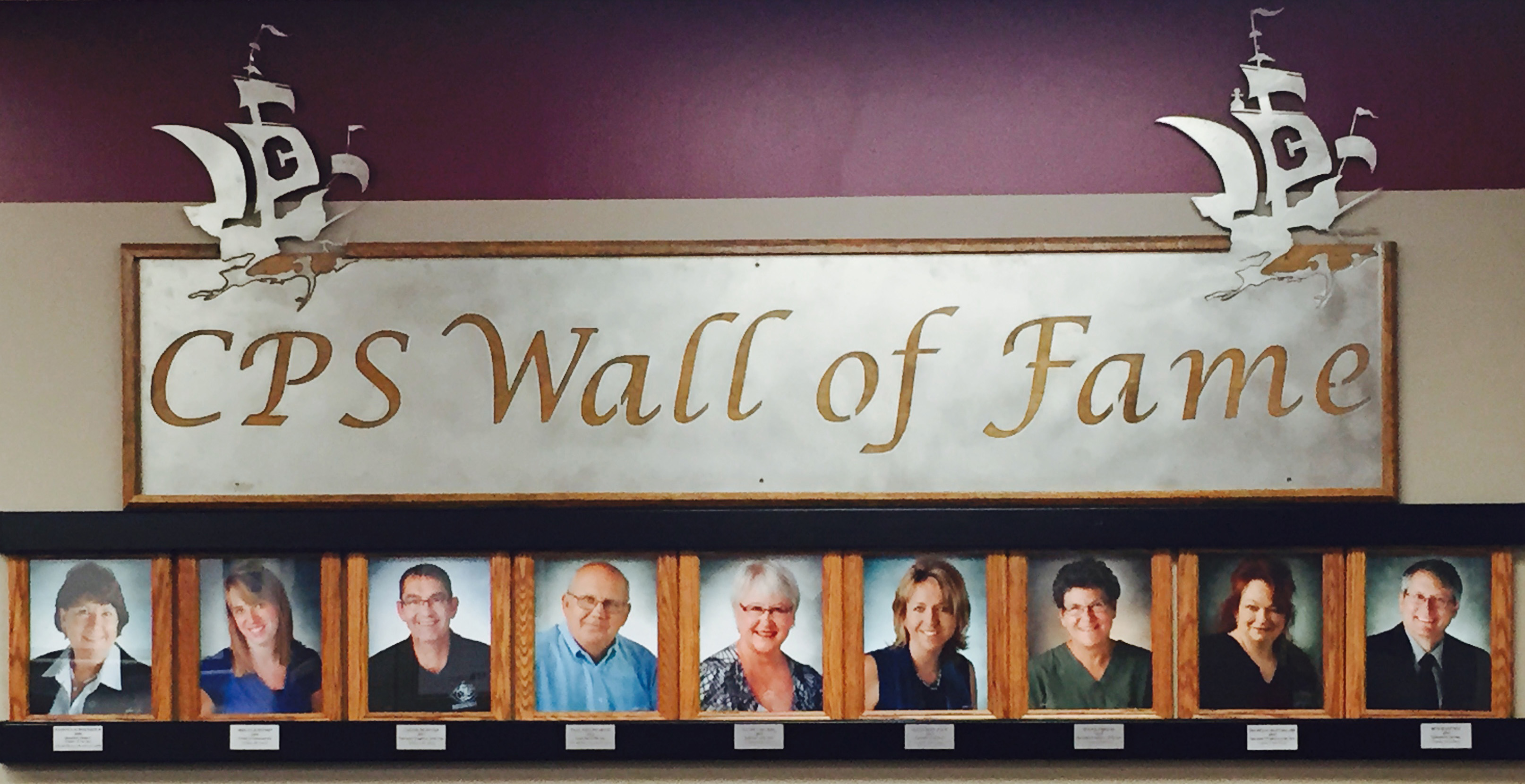