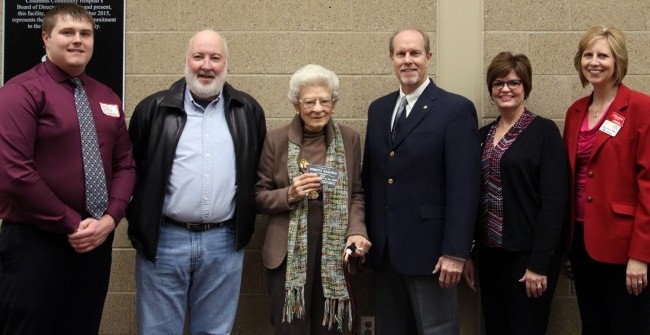 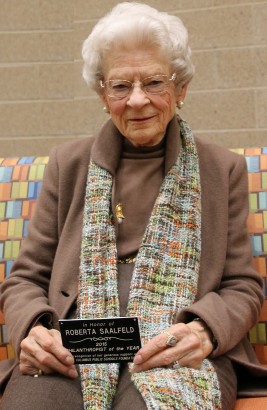 Roberta Nielsen Saalfeld makes a difference in the lives of CHS students.

Thanks to her generosity, 27 CHS graduates were able pursue their education after high school. Roberta has been a supporter of the Columbus Public Schools Foundation for more than 20 years.

For this generosity, she was named the 2015 Philanthropist of the Year by the Philanthropy Council.

“We are grateful for Roberta’s dedication in making these funds endowed with the Columbus Public Schools Foundation,” he said. “Her gifts will help students for many years to come.”

The Kramer High School graduate provides two scholarship opportunities for CHS students. The first one is the Edward M. Nielsen Sr. and Edward M. Nielsen Jr. Memorial Scholarship, created in 1997 to honor Roberta’s father and brother. Both men were active in the community as well as in education. The scholarship goes to a person attending the University of Nebraska at Lincoln who will study either Business or Agriculture.

The second one started in 2008. The Christopher John Saalfeld Memorial Scholarship was created in memory of her son, Christopher, who graduated from CHS in 1979. He went on to receive his mechanical engineering degree from Southern Methodist University in Dallas, Texas in 1983. The scholarship is awarded to a student with exceptional ideals in furthering his or her education in music or engineering at a Nebraska College or University.

“It’s been gratifying to follow these students. One is a concert pianist, and one is pursuing banking,” Roberta said of two students she kept in touch with.