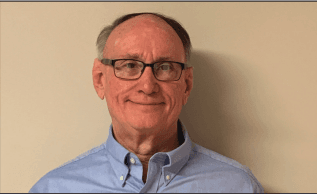 Verl Wurtz graduated with a journalism degree from Kansas State University.  He began his radio career in Kansas and moved to Columbus in 1976.  In 1977, Verl started the KJSK Saturday morning coaches show which was broadcast live.

He continued this Saturday morning tradition for 25 years.  In 1981, he announced the basketball games for the first ever Columbus Area Chamber Basketball Tournament.  One of the highlights of his career was the creation of the KLIR Prep Club in 1985.  For the past 35 years, the KLIR Prep Club has awarded scholarships every spring to a senior girl and boy from the three Columbus high schools.

A memorable event was the Class A  boys basketball final in 1989 against Millard South at the Devaney Center.  Over the years, Verl has broadcast countless athletic events for Columbus High, Lakeview, Scotus and numerous other area teams.

After 42 years of sports broadcasting, Verl hung up his head set after the 2017 fall sports season.