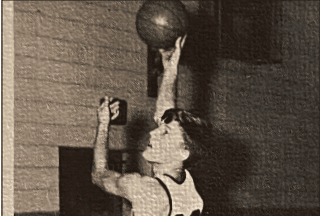 At Platte College, Dave continued to excel in basketball by being named twice to the Nebraska Jr. College All-State Team; twice to the All Region Team and was the starting point guard for two years on the University of Missouri-St. Louis basketball Team.

Dave was inducted into the Central Community College (Platte College) Hall of Fame in 2014.